This commercial project in the Greater Noida West has a Multipurpose Indoor Area, Hypermarket, Food Court and Restaurant.  The Rise Madison Square in Greater Noida West is a fine blend of shopping, entertainment and sports facilities. This commercial project by the Rise Group is designed to have a banquet hall and a party lawn that can hold a gathering of 1800-2000 people.

The Rise Madison Square in Greater Noida West has a façade of 500 meters and the retail shops adjoining the Rise Resort Residences estimates a huge footfall. This project is also said to be the getaway to Greater Noida from the Noida side. The Rise Madison Square has a performing art stage with RED STEPS for acting, singing, dancing, magic illusion, recreation and public speaking. The spectacularly designed commercial project by the Rise Group in Greater Noida West offers something to everyone and thus the sports lovers can indulge in sports like basketball, badminton, squash, Gymnasium, table tennis and more.

The easily-visible retail shops with parking in front of them is one key feature of Rise Madison Square close to Noida. This commercial project is at 0Kms from Noida and the theatre here has an audience capacity of 1500 spectators and 450 seatings on the red steps. You can commute to this one-stop shopping and entertainment destination in Greater Noida West via Metro, Noida Expressway and Internal Roads.

This masterclass commercial project is a brainchild of architect Vaibhav Jain as he envisions to develop contemporary-styled realty projects. The company has achieved several milestones under his leadership and looks forward to achieve more success as he believes in redefining the skyline of Delhi and NCR region. 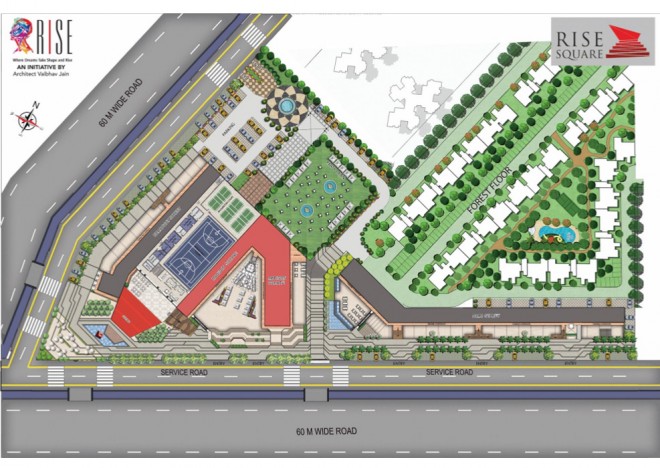 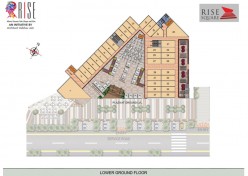 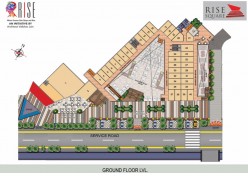 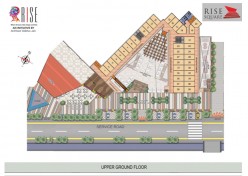 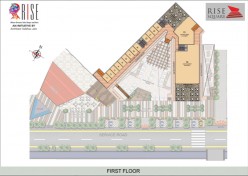 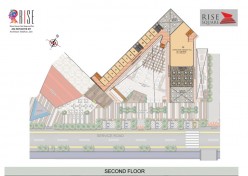 Toilet
Toilet
:
Toilet in each floor

Kindly enter your Email ID to subscribe to our newsletter

Your email id is subscribed

This email id is already subscribed